COVID-19 UPDATE – it is business as usual at UKDP

Our site engineers only need to inspect external drains and do not need to enter your house or meet with anyone.

Who are the top ten insurers for your septic tank?

Here at UKDP we like to consider ourselves experts in two things - anything to do with off-mains drainage, and insurance claims. You'd be right in thinking that those two things combined make for fascinating daily office chat, and yes we are all available for after dinner speaking bookings.

Our knowledge does come in handy though, particularly if you own a property which has its own off mains drainage system such as a septic tank, treatment plant or cesspit. These systems are great when they're working as they should be, but when they go wrong it can be thoroughly unpleasant - both on your nose and your pocket.

A number of people search for 'septic tank insurance' online, but no such thing really exists - instead, you are usually covered for any damage to your septic tank, treatment plant or cesspit through your existing buildings insurance policy (you'll usually find this under 'accidental damage to underground services).

We tend to find that most people are unaware of the cover they already have for their drainage system. Or worse, we find that people are aware that they might be covered, but they don't have a great policy in place.

So, we've put together the UKDP guide to the best insurers you could consider when you have a property with an off mains drainage system. We deal with insurers every day, so this is of course based only on our experiences with them.

How clear we think their policies typically are

These days there is a tendency for some insurers to 'add' accidental damage sections of a buildings insurance policy as an extra option, which is then sold as a premium policy. Some people might think they don't need to plan for little Johnny kicking a ball through the kitchen window, but they probably don't realise that by not taking the extra cover, they're doing themselves out of some crucial cover for their drainage system.

How efficiently they deal with claims

Most insurers probably think that we are too impatient when we are managing a claim on behalf of our customers. But we know that having a drainage system that doesn't work properly - in some cases to the point that it's overflowing - is a horrible situation to be in, and it needs to be sorted out quickly. There are some insurers who will still take their time, and others who realise it's not nice for their customer and pull their finger out. These are the good ones.

How they reach decisions about claims

Ok, so the problem with insurance claims for damaged septic tanks and the like is that it all happens underground. You can rarely see what's happened, all that you know is that the system has suddenly stopped working. An investigation might show an area of damage which is almost certainly to blame - but all that can ever be provided is a best guess as to what's happened. Unless, of course, you plan on camping out in your septic tank or installing underground CCTV to provide conclusive proof of what's happened (we wouldn't recommend you do either). Some insurers take a sensible view as to what has probably happened, and accept that whilst some things simply cannot be conclusively proven, it's likely that it's been damaged in a way which would be covered by the policy. Others will rely on the fact that conclusive proof often can't be provided, and will turn claims down as a result.

How they deal with complaints

When we're always on the side of the customer, and the insurer appoints companies to assess claims who are inevitably on their side and who, dare we say it, might want to find ways to minimise what the insurer is paying out, it is inevitable that we will disagree from time to time. As I mentioned above, there is often not concrete evidence as to what's happened. Also, there is a lot of technical stuff surrounding these systems - from how they work, to how they fail, and what can or can't be done to put it right. If we disagree with the opinion of a company an insurer has appointed to assess a claim, we have the opportunity to complain to the insurer. Some insurers will send us on our way with a flea in our ear, with such speed that we can be reasonably sure they've not even read our (very politely worded) complaint. Others will take the time to properly investigate, look at all the arguments and decide for themselves whether the decision is the right one. These are the types of companies you want to be insured with.

So without further delay, here's our top ten, it might not be scientific but it's based on years of experience and thousands of claims:

My current insurer's not on that list, how come?

There's probably one of two reasons. Firstly, you need to know who actually provides the policy (or underwrites it) instead of who you bought it from. These days you can buy insurance from your supermarket alongside your weekly shop, but it won't actually be the supermarket who would deal with your claim. There will be an insurance company that you deal with, the supermarket simply puts their badge on it and sells you the policy. You'll be able to find out who underwrites the policy by looking at your policy documents. It pays to know who you're really taking out a policy with.

The second reason is that some insurers are, well, just not that nice to deal with. Ok, so we get that insurers might not always like claims management companies, because we will want to get what the customer is entitled to under their policy. For example, they might want to patch up a damaged system, but we know that won't work and so we might want to replace it. But a lot of them will still muddle along with us just fine.

On the flip side, we deal with some insurers who appear to give their customers short shrift and might refuse a type of claim which they had previously covered, or which any other insurer would cover. The decisions they make when a complaint is raised never seem to fall on the side of the customer, and let's face it, they can't always be in the wrong.

The insurance industry changes all the time, insurers change their policies and they change the companies they use to make decisions on claims. This list may look very different this time next year. But it's a good starting point for now.

If you want any advice, or if you think you might have a septic tank problem or soakaway problem which might be covered by your insurance policy, just drop us a line on 0800 028 9903. We'd love to chat.

Get helpful septic tank information straight to your inbox! 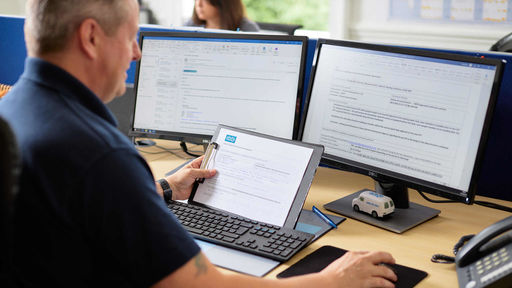 Your buildings insurance covers your septic tank... but will your insurer pay out?

Is your septic tank covered by homeowners insurance - even if your insurer says no?