Not many people know that sometimes, the cost to fix septic tank problems at your property is covered by the buildings insurance in place. That can be pretty good news, especially if the drainage system needs to be replaced, as costs can run to thousands of pounds.

So, if your insurance policy says you're covered, then it shouldn't be a problem getting your insurer to pay out, right? Not always.

Will your septic tank insurance claim be turned down?

The team at UKDP are the only UK specialists in managing insurance claims for damaged septic tanks, cesspits, sewage treatment plants and soakaway systems. We see a huge variation in how insurers deal with claims for damaged septic tanks - and, in turn, a huge variation in whether their customers are treated fairly. Most insurance policies have the same small print when it comes to what you are or are not covered for, so there isn't much difference from one policy to the next. However, there can be two almost identical claims for damaged septic tanks - and one might be covered by the property's insurer, but the other turned down. We even see instances where the same insurer will accept one claim, then turn down an almost identical one months later.

Why are we seeing these problems? Firstly, the biggest problem with drainage systems is that they sit underground. Well, when I say 'problem', I think most people would agree that they'd rather have their septic tank underground instead of being some sort of feature of the garden! However, when septic tanks become damaged, it happens out of sight. Septic tanks can become damaged in all sorts of ways - for example by tree roots, ground movement, or during a routine empty - and most policies will provide cover for the damage. Some insurers, however, will rely on the fact that you can't PROVE what's happened to cause the damage, and may instead turn the claim down, arguing that it might be something that's excluded from your policy such as general wear and tear.

Your chances of being treated fairly are also affected by who your insurer uses to assess their claims. Insurers rarely make a decision on these things themselves, they will usually employ a company to assess your claim. This might be a loss adjusting company, or perhaps a specialist drainage company. In our experience, loss adjusters will generally take a more holistic view about what's happened and whether it should be covered. They are often not drainage specialists but they are specialists in insurance cover and how claims should be assessed.

So far so good. But the problems can start when your insurer uses a drainage company to assess your claim. Why is this a problem? Surely a bit of expert knowledge should help, right? Not always. Some of these companies can blind customers and insurers with technical drainage jargon when turning down a claim. Their explanations can seem entirely plausible when taken at face value, but scratch beneath the surface and their arguments can be flawed, and based on opinion not fact.

Here's an example. One particular drainage company used by insurers has an opinion that certain septic tanks only last 15-20 years before they need to be replaced. But that's all it is, an opinion, nothing more. There are no manufacturer guidelines to support it, and many tanks function entirely as they should for decades beyond that. But the insurer will say that this is the opinion of their 'expert' and therefore the claim is declined if the tank at the property is more than 15-20 years old. So, even if your septic tank becomes damaged, for example if the dip pipes have been knocked off during a routing empty, any damage will be disregarded by that insurer as something that must have happened because the tank is too old. So, they'll try to say that the dip pipes have just crumbled off, instead of being knocked off. They will then ask you to 'prove' how the damage happened, and if you can't then they will revert to saying that the damage has happened because of wear and tear, and your claim is therefore not covered. Problem is, of course, that proving how something underground has become damaged is nigh on impossible. And often a claim will be turned down because the tank is 'too old', even if there are no signs of deterioration, and even if it is still in good condition.

Seems unfair? We think so too. So we spend a lot of time taking our customers' cases to the Financial Ombudsman Service. They are the ones who can overturn insurer decisions to decline claims, and luckily so far we are seeing a number of decisions being reversed, and claims being covered as they should have been. We're getting phone calls from an increasing number of customers who have had their claims turned down. If we are confident that the claim should have been covered, we'll take it on and go to the Financial Ombudsman, explaining in detail (and it can get quite technical) why it should be covered.

Either way, with the UKDP team on your side you can be assured that we will work to ensure that we get the best outcome for you. We'll give you an honest assessment as to whether you have a valid claim, and if you do we can manage everything for you. 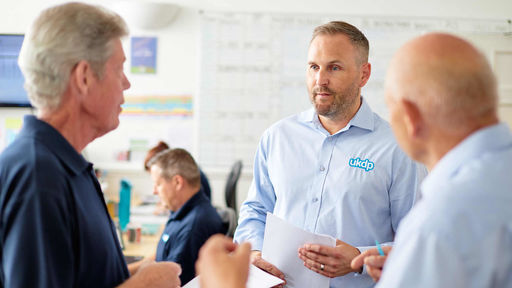 Is your septic tank covered by homeowners insurance - even if your insurer says no?

What is septic tank accidental damage?